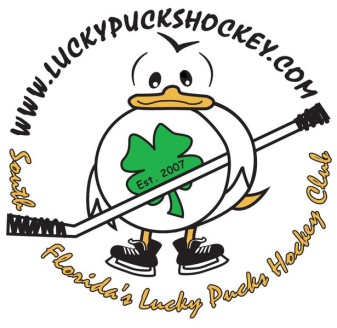 Womens hockey in South Florida started over 20 years ago in 1995. Most of the players back then were Canadian transplants who wanted to continue playing the sport they love. The leader of the few that did play was Karen Ota who was instrumental in bringing the women together to play as one team to play games against the few other womens teams in Florida.

Below are the critical milestones and accomplishments that have taken place throughout the years...

Florida Womens Hockey League (FWHL) is formed of the Ft. lauderdale Freeze and Lady Everblades from Ft. Meyers. The teams were sparked by the success of The Sunshine State Games that took place at TECO Arena (now Hertz Arena) in Estero FL. The league began with 11 teams from Tampa, Jacksonville, Orlando, Brandon, Daytona, Ft.Lauderdale, and Ft. Meyers.

Hosts of the 1st Annual Golf Invitational - To date the Lucky Pucks have raised thousands of dollars for charities, to name just a few of several great causes: St. Judes Childrens Hospital, the Leukemia  and American Cancer Societies, Rose Charity in which we helped build a school in South Africa

Florida Beaches C Team breaks out on their own to start a new team: