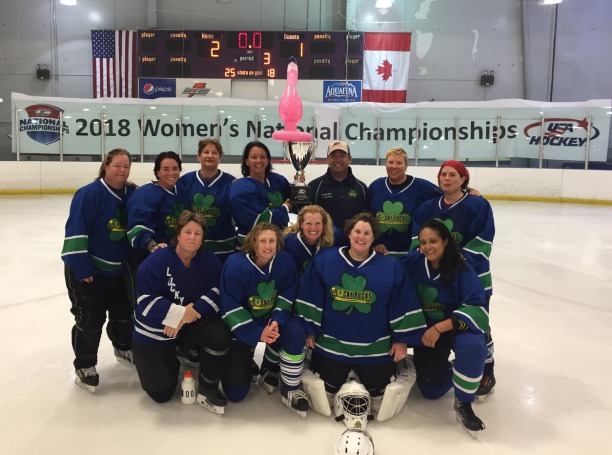 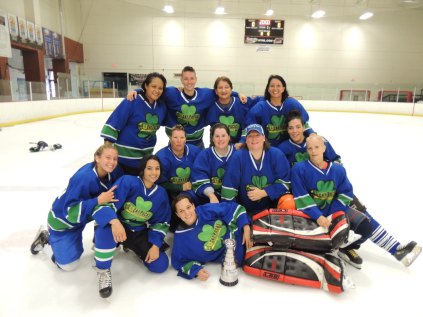 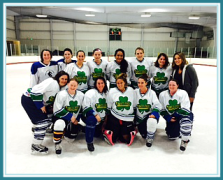 It was a great weekend for women’s ice hockey, as The Gardens Ice House hosted the 9th Annual Women’s Capital Classic on June 6-7-8, featuring 12 teams from four states plus Washington, DC, with players coming in from as far away as Florida and Massachusetts.  The weather was beautiful all three days.

Last year there was quite a debacle, when the Lucky Pucks of Florida, who thought they had won the Middle division, not only got bumped out of first place, but were bumped out of the championship game, due to a calculation error, so this year they decided to send in a calculator with their deposit.  Team Captains Danielle Faries commented “No more ‘Florida Recounts’, we’re coming back this year to earn the shot at the championship we deserved last year.”  The Lucky Pucks indeed finished first and played Jenn & Tonic in the Championship game.  Jenn & Tonic have put a team in the tournament each of the nine years, and are no strangers to the big dance, but the day belonged to the ladies from Florida, who have promised to come back next year.